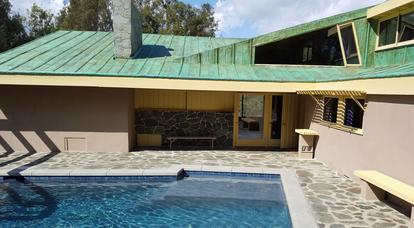 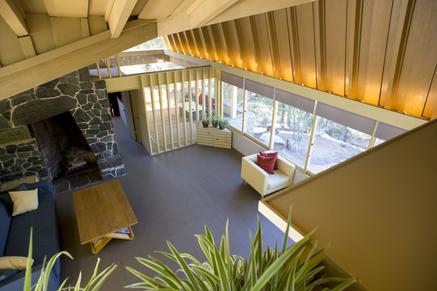 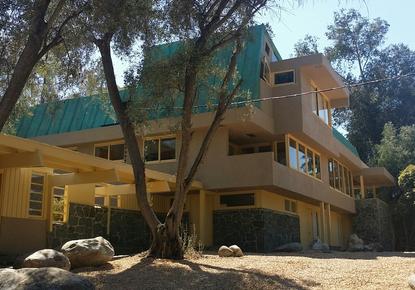 ​​A Hidden Architectural Gem....
The Van Dekker House located in Woodland Hills, California is a hidden and somewhat ignored architectural gem.  Commissioned by a mostly forgotten but well known at-the-time actor Albert Van Dekker (screen name: Albert Dekker) and designed by Master Architect RM Schindler in 1939, the house has many unusual features.  To start, the Van Dekker House is 3,756sf, making it one of the largest residence designed and built by RM Schindler.  It is one of the first houses, if not the first, where Schindler played with roof forms instead of designing a flat or sloping roof, creating an aesthetic he had never done before.  He also created a wrinkled copper roof draped over the house like a huge leaf....something else he never created anywhere else.

The Van Dekker House is unusual in so many ways.  RM Schindler had a lot of land on which to design the house.  In the past most of his clients were not wealthy and the land they often bought was steep sloping or small ...or both!  Also, Albert Van Dekker was a successful theater actor and movie star, later he would become a politician, for once RM Schindler had a client that could afford the best.  RM Schindler provided the very best of the day.  The house has a Guest Quarters, Sports/Billiard Room, Wine Cellar, Maids Room, Nanny's Room and a large Master Suite.  The scale is unlike any house he designed anywhere else....jokingly it is referred to as Schindler on Steroids!  To understand the scale....there are 105 windows (not including any mirrors, shower glass, or the built in lighting glass), over 100 light bulbs, 13 closets, 4 pantries 4 fireplaces, and there used to be 7 bedrooms and 4 bathrooms....now 4 bedrooms all en-suite.

Please read on and view pics and info on the cast of characters that owned the house; the wreck the house used to be and it's recent full renovation.